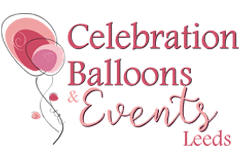 in Leeds and Wakefield

I have been with my partner David Gill for twelve years now and would like to introduce him to you!

Dave is a professional DJ and has worked as a DJ and Quizmaster since 1997. He is especially well known around Rothwell as he presents quizzes at The New Masons, Oulton, The Gardeners, Lofthouse, The Hare and Hounds, Rothwell and The British Oak at Rothwell. Also at Nuffield Health and Fitness, Wakefield and Bannantynes, Wakefield.

He has, over the past 23 years, built up a collection of over 30,000 vinyl and cd singles (which would not be considered an average amount!) and has been a regular successful participant in national pop quizzes for which he has won several trophies. In 2004, I put Dave forward for Popmaster on BBC Radio 2’s Ken Bruce show. He got through to the Champions League Final at the end of the year, which he went on to win, only dropping one question throughout the entire competition.

He has a vast knowledge of music from the 50’s (and before) up to the present day and can accommodate requests to suit people of all ages. He compiles and presents all his own quizzes and can incorporate a quiz into your function should you require one. Dave Gill DJ and QuizmasterHe would play an eclectic mix of music from different decades and should you book him for your event he will always discuss a playlist with you and ask you for suggestions of tracks that you and your guests would like him to play. He plays the slower to mid-tempo suggestions during the early part of the function and saves the more danceable tracks for later on. Unlike amateur and ‘bedroom’ dj’s who are giving professional DJ’s like Dave a bad reputation, he only plays tracks that are appropriate for the audience and the surroundings. He IS NOT a Nightclub DJ.

All Dave’s equipment is PAT tested and he holds full Public Liability Insurance. He has a professional sound system complete with star cloth and lighting and also a lighting gantry which is used at larger venues. He has a music library of around 40,000 tracks to select from, but in the unlikely event that he does not have a specific track you require, he will make sure he acquires it.

Together, we have over the past seven years, held our themed party nights at Rothwell Parish Centre which have included 40’s, 50’s, 60’s, 70’s, Halloween 80’s, Soul and Motown (one of Dave’s specialities) and our very popular themed New Years Eve Ball, when I go mad with the balloons!

Should Dave already be booked on the date of your event, we have the numbers of good, solid DJ’s that we have got to know over the years and would not hesitate to recommend, all along the same lines as Dave.

I am not an agent and do not take any commission. All money would go to your DJ (as it should!).

Prices are based on the number of hours for which you require their services and include the time for travel, setting up and taking down of the equipment and are as follows:-

Most family functions last for an average of four to five hours e.g. 7.30 – midnight.

Need a DJ for your Event?

When you visit any web site, it may store or retrieve information on your browser, mostly in the form of cookies. Control your personal Cookie Services here.